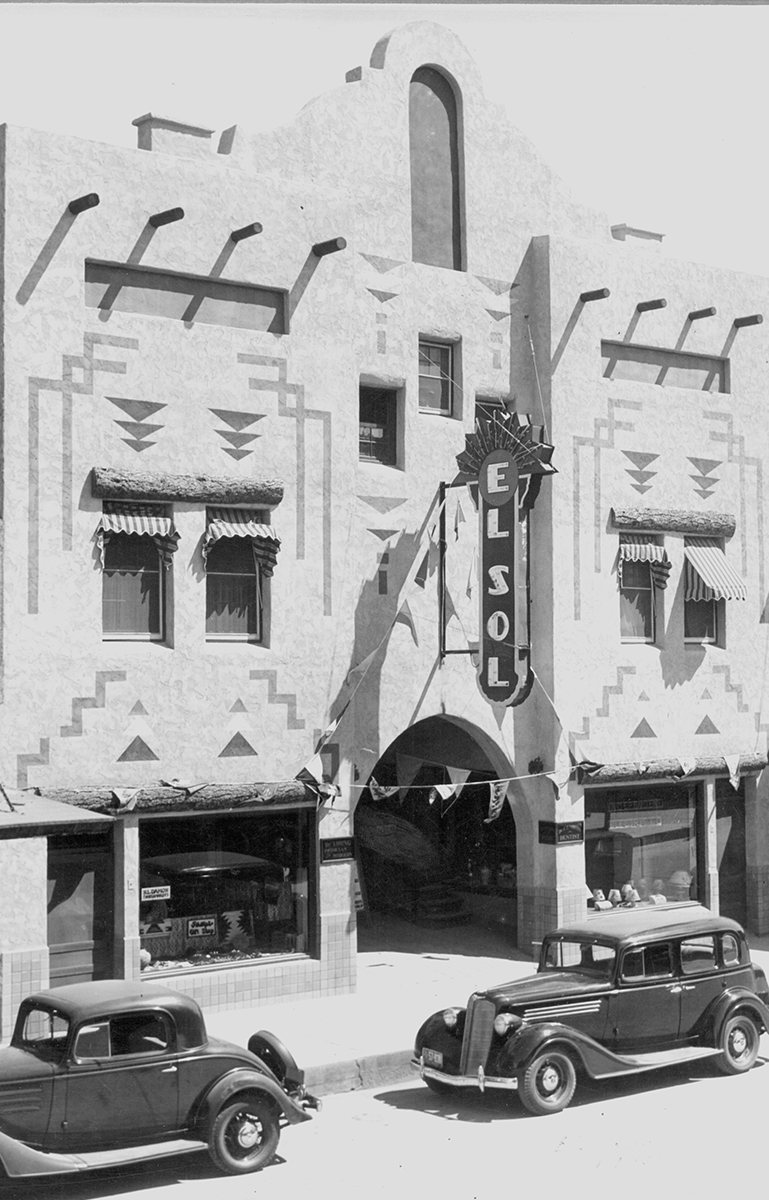 El Sol Theater was a bold addition to Bullard Street in the 1930s.

Auto repair shops, such as the Rowlee and Spangler, and the J.D. Parker Shoe Shop occupied this portion of the block during the first third of the 20th century. As early as 1911, business-woman Elizabeth Warren had expressed an interest in constructing a theater here, close to her office. Although she never carried out her idea, Warren did pose for photographers, laying the first brick for El Sol.

The 300-seat theater held an open house, as well as matinee and evening movies on September 1. The Enterprise crowed on its front page, “E.W. Ward offers to the theater- going public of Silver City and Grant County his new El Sol Theater . . . – a modern movie playhouse – finely appointed for the comfort and entertainment of his patrons, affording this community, together with the Silco Theater, a greater variety and larger volume of screen programs.” Edward W. Ward, who was Silver City mayor at the time, also managed the Silco Theater. Six years later after renovations done to his Silco Theater, Ward asked theater employee and artist Morris Rudick to add Art Deco style murals to the walls of El Sol. During its heyday, El Sol showed both English and Spanish language movies. Westerns reigned.

By the 1950s El Sol Theater was episodically closed, and after 2002 remained shuttered until 2015. Virus Theater, the new owner, raised community support to transform the theater into a performing arts center.