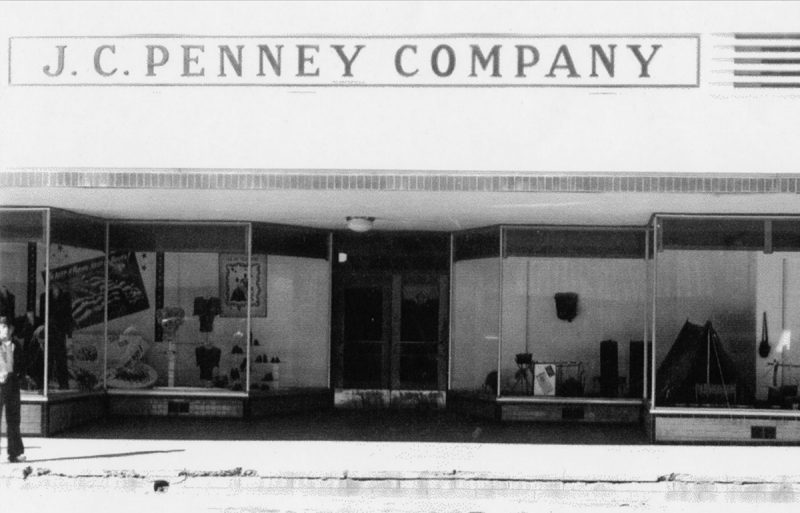 In the early days of Bullard, the whole of this block was devoted to a solitary, small house, set well back from the street. In 1913 the property held the office of W.S. Lank, M.D. In 1917 the Bower Monument Company was here. Not until the 1940s, when the current building was constructed, did the street block fill in.

From 1941 until the early 1990s J.C. Penney operated a department store in the building, followed by several years of having their catalog store here. The company logo still adorns the walk at the front door.

The J. C. Penney building was the first major modern retail structure in Silver City. Its deeply inset tiled entry and expanse of lighted show windows brought a touch of big-city sophistication to Bullard Street. Store amenities included a full shoe department and a ladies’ room for the convenience of female shoppers. The office and “cashier’s cage” overlooked the retail floor from a mezzanine perched in the space above the front display windows.

You can almost measure how long a person has resided in Silver City by hearing how they refer to this building. Old-timers call it the Penney’s Building, while more recent arrivals call it the Workshops of Carneros, an unfinished furniture company that was at this address from 1999 until 2010.